The Stud Farm in Đakovo was established in 1506, which qualifies it to be among the oldest stud farms in Europe and proves a long tradition of horse breeding in this area. Horses of the Lipizzan breed have been bred in the Stud Farm since the beginning of the 19th century.

Today as the State Stud Farm Đakovo, the institution uses two locations for horse breeding and horse selection – one of which is Stallion Station, located in the heart of Đakovo and the second one Ivandvor, in the immediate vicinity of the town. Besides breeding and selecting horses, the Stud Farm offers dressage services whose quality has been confirmed by conquering noteworthy rankings in horse competitions.

Apart from its primary goal to protect the genetic potentials of the Lipizzaner breed, tourist facilities of the Stud Farm are of an immense importance since it became a must visit tourist destination for all in Đakovo, Slavonia and Croatia. 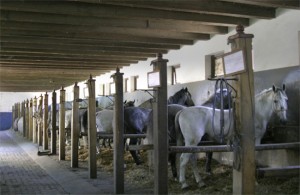 At the Stallion Station location… 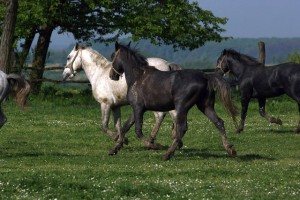 At Ivandvor, at the distance of 6.5km…